REDEEMING GRACE AND THE HOUSE THAT HAROLD BUILT

One man’s legacy is helping fulfill one woman’s ministry

A mature oak tree towers over the house that Harold Cook built. Beautiful and full of life, the tree provided a cool blanket of shade on summer days for young Laura and Jim as they playfully ran around the lush backyard. A picnic table- prepared by Harold’s wife, Sonja- was situated underneath the old oak. Soon enough, this pocket of paradise would be full of family gathering together for dinner- a summer staple for the Cook’s in the early 1980s.

The backyard was warm. At about an acre in size, it provided a suitable expanse for the kids to explore and play. Harold and Sonja wanted it that way- they wanted it to feel like home.

In the early 1970s, Harold and his young family returned to Lanett after some time away. The land belonged to Harold’s parents, and Harold came with dreams of building a house there and raising his own children alongside other members of his family.

In 1974, he did just that, completing the house across the yard from his mom and dad. This comfortable, endearing house would be home to Harold’s crew from that moment on.

Harold and Sonja were skilled gardeners, and took advantage of the exterior of the house by filling it with life. The garden blossomed, full of bright yellow forsythia bushes and vibrant rhododendrons. There was just as much life outside the home as there was in it.

Now, however, the house stands empty. The house that Harold built and the garden that he and Sonja grew together is relatively lifeless.

Harold passed away in July of 2018 from cancer, and Sonja passed shortly after in April of 2019. A place that was once teeming with life is now silent- but according to Redeeming Grace founder and director Lara Potts, this may not be the case for long.

Left amongst the cluttered reminders of the lives that once inhabited the house on Phillips Road, was a note written by Harold. Just months before passing away, he wrote part of his testimony down for his family to have.

The last paragraph of the letter says, “I find it odd that I am seeking new purpose at age 80 and facing serious illness. I omitted God’s purpose for the middle years of my life. Now I believe that I have an undiscovered purpose that will be revealed to me.”

While unsure about whether that purpose was revealed to him while alive, Potts is certain that the purpose has been revealed to her through his legacy- his home. Although the two never met, there is an undeniable bond between Harold’s legacy and Potts’ ministry.

Potts founded Redeeming Grace in 2018- the same year that Harold passed away.

She began the group after being involved heavily with local rehabilitation groups. An Auburn University alumna, Potts was introduced to this line of work during her time as a part of Auburn Christian Fellowship. Post-graduation, Potts worked with and served on the board of directors of a group that worked with women who had lost everything.

“One of these women had previously lived in the woods under a tarp,” Potts said. “We’re not talking about people with insurance or money.”

Though Potts admittedly struggled to relate to these women, she couldn’t help but feel drawn to them and serve them through the program.

“The turning point for me was when I felt the Lord speak to me and say, ‘I didn’t call you to relate, I called you to love them’” Potts said.

Living with that conviction, Potts began seeing aspects throughout the rehab field that needed changes and improvements. Potts didn’t know what to do about it, until one day when she saw an entire group of women relapse after leaving the program. She decided to take a step back from the work and reconsider her involvement with it.

Much to her surprise, her mild-mannered husband immediately began boldly speaking into that and encouraging her to follow that conviction, though she was unsure about what it meant specifically.

“Something different has got to be done,” David told her. “It’s time for you to start a ministry.”

David wasn’t the only one with this advice. Some of Potts’ friends began telling her to start her own ministry- which was strange to her, because she hadn’t mentioned that desire to anyone yet. After denying to be involved with a friends’ children’s ministry, Potts’ friend hugged her and told her that she had her full support in her ministry. Later that same day, Potts received a phone call from a friend asking when she was starting her ministry.

Keep in mind, Potts hadn’t told a single soul at this point.

She took this as affirmation that her calling was to begin a ministry for women in recovery. However, Potts says that the need isn’t for another rehab, but for something that bridges the gap between rehab and the real world- a transitional ministry.

“Rehab gets people off addictions, but the need is that women need support after they get off,” Potts says.

Redeeming Grace exists to fill that void for women transitioning out of rehab programs and back into the work force or school. The program will help women learn parenting or work skills, find hobbies, and grow spiritually.

Potts says it’s without that safety net that people fresh out of rehab often relapse, as they can’t find jobs that pay well enough for them to get off of the streets or pay to support children that they’ve left behind.

According to MIT’s national study on living wages per county, Chambers County’s livable wage is $10.23 an hour for a single woman with no children. Potts hopes that the ministry can help women develop skills that will lead to jobs in order to provide for themselves.

Redeeming Grace is partnering with ministries and groups in Lee and Chambers counties that will ensure that the women are getting proper preparation and investment for life after the program.

For example, Redeeming Grace is partnering with programs like Southern Union State Community College’s ASCEND and Valley’s New Birth Ministries. ASCEND will give women short but effective training to prepare them for the work force, while New Birth will help the women grow and transform spiritually.

Two years into developing the ministry and raising support, Potts was pleased with the direction that it was heading, except for that it lacked a property to house the women.

Potts and her board of directors were preparing to make an offer on a house in Beauregard. The day before they were set to make the offer, Potts received a call from a friend mentioning a house in Lanett.

Potts asked her friend, “How much are you asking for the house?”

“I’m not selling it, I want you to use it for ministry,” her friend said.

Potts’ heart stopped. She was preparing to make a payment on the house in Beauregard that would’ve exhausted most of the ministry’s funds- but now she was being offered a house completely free of charge.

On top of that, a donor also made an offer to pay full price for another location.

Potts was thrown. A week ago, her ministry didn’t have a house, but suddenly they had a free house and an offer for another. When the donor’s offer fell through, Potts knew that the house in Lanett was meant to be.

“I remember praying during church and thinking that this house was a gift from God,” Potts said. “I later had a friend tell me, ‘Lara Potts, who gives somebody a free house? God does.’”

After visiting the house for the first time, Potts’ friend showed her the note left by the former owner. The note that was written by Harold Cook.

Towards the end of his life, Cook felt that he had missed out on his purpose, but that he was beginning to realize the opportunity for his purpose to survive after he had passed.

“God lines things up well before they’re put together,” Harold’s daughter, Laura Cook said. “This place is a huge testimony of God’s grace, mercy, and the masterpiece he paints out of us.”

Yes, Harold’s daughter shares the same name as Redeeming Grace’s founder. To echo the family’s character even more, the house that once was inhabited by a couple of skilled gardeners, now will be home to a ministry whose logo is a blooming vine.

“When my parents got sick and left the house, their garden died, so I’m looking forward to seeing it come to life again,” Cook said.

Potts agreed to use the home to begin Redeeming Grace’s ministry and is currently working to revitalize parts of the house in preparation for the women that will be living there. Potts hopes to open the home to residents around Fall 2020.

In this house, Redeeming Grace will not only be helping redeem women’s lives, but also redeeming the purpose and legacy of a man who felt that he was discovering it too late.

Thanks to the generosity of the Harold Cook and his family, women with broken lives now have the opportunity to experience the same thing that he sought to provide for his children- a place they could feel safe and call home. 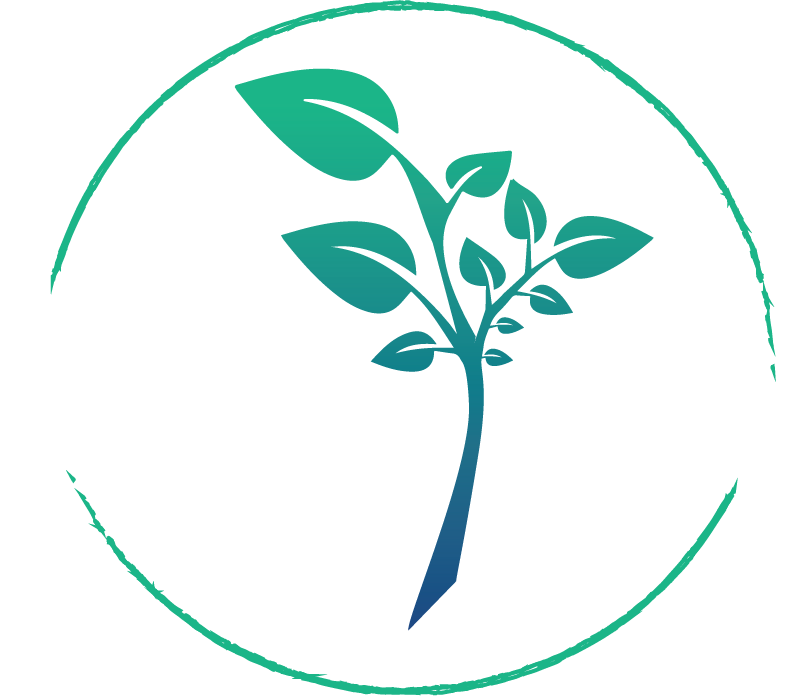